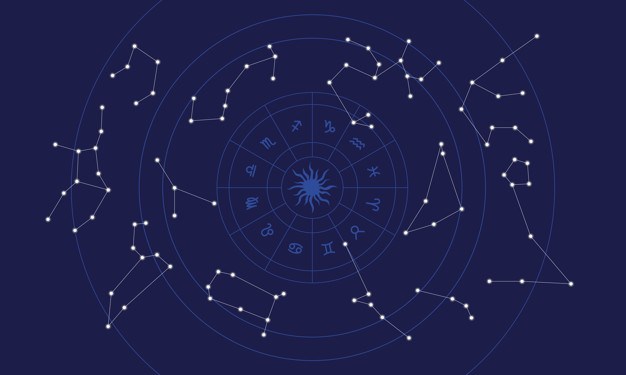 It isn’t my intention to teach astrology, here. There are many websites that are very good at it. A couple are linked in this post. A retrograding planet appears to be going backwards in the sky.

I’ve been looking at my natal chart and at retrogrades lately. All the generational planets are retrograde in my chart. The personal planets: the Moon, Venus, Mercury, and Mars are direct; showing that I’m true to myself and my direction. I know who I am and how I feel most of the time. The outer planets are what we call generational. They affect many people in the same way.

Have one or two retrograde planets in a natal chart is pretty normal. But I have all the outer ones retrograde. Studying these planets tells me why I’ve always been “out of step” and “skimming over” the rest of humanity. I often feel like I’m either skimming or drowning.

It’s like being in the curled tunnel of a wave when I’m drowning. I’m underwater and can’t quite catch my breath. Stuff (people, humanity) are crushing me down to the bed of the sea, and sometimes the coral catches me.

When I’m skimming, it’s like riding on top of the waves, almost like a sailboat. I have some control, but not complete control. I move quickly because there is no friction, and I can sometimes get bogged down (at the bottom of a wave) but mostly I’m on top before the whitecaps even develop.

I have the 5 outer (generational) planets retrograde in my natal chart, as I said. According to astrology.com:

“The outer planets retrograde may signify generational or cross-cultural forces in one’s life which cause them to feel somewhat out of touch with current trends. More than three planets retrograde is relatively rare and signifies a person who may be largely out of step with the world around them—and strongly devoted to finding their own unique path in life.” (italics mine)

So, I guess I’m kind of a rare person. I know I’ve never felt completely comfortable or “at home” on the planet.

If you want to study your own natal chart and begin to learn astrology, try Astrodeinst.  They offer several free charts and you can begin your studies. After that, go to astrology.com, which is referenced above.

Also, I would suggest you follow some astrologers online. I like Rick Levine and Benjamin Bernstein. Their interpretations of current astrological influences are helpful, and both offer classes.

I think the best way to learn astrology is to study your own chart, and then the charts of others. I learned before computers made the charts for you, so I learned all the math involved. You won’t have to do that, today.